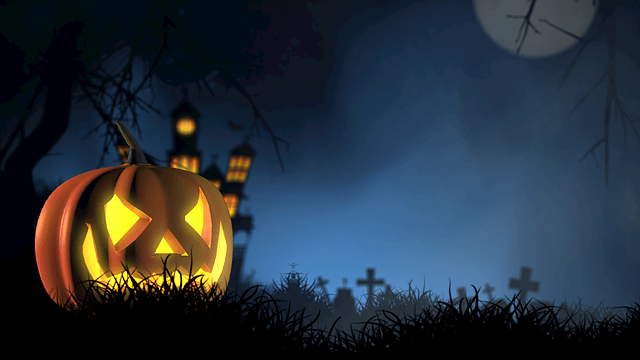 The nights are drawing in, and it is nearly time for the clocks to go back, and before you know it, Christmas will be upon us. And as you begin to carve your pumpkins and get your tricks and treats ready, put Netflix on TV, you may be contemplating which type of game to play for this Halloween season. It doesn’t matter your age; there is a plethora of spooky fun to be had, which will thrill, delight and possibly scare you on these nights, a time of year I love.

What is your favourite horror game to play? There are so many games on the market that have horror influences; the choices are endless. Even going way back to the early consoles such as the PlayStation and PlayStation2 or the original Xbox, horror influenced games have always been so popular. Plus, the variety within horror is enormous; whether you like shocks or subtle spooky puzzles, there is something to delight for everyone. One of my favourites is the Silent Hill games. These juicy games tick all the boxes for me and what a good horror game should be.

There is consensus amongst studies that some horror games are too scary, a bad influence, and too much for today’s audience. But it can be argued that no more than any other game. While endless hours in front of a screen is damaging, playing occasionally, having regular breaks and engaging with them for reasonable amounts of time is beneficial to the people who play them. This argument is more about games in general than the genres involved within gaming.

Whatever you decide to play this Halloween, make sure you have a cushion to hide behind, in case it gets all too much!

Close
Menu
We use cookies on our website to give you the most relevant experience by remembering your preferences and repeat visits. By clicking “Accept All”, you consent to the use of ALL the cookies. However, you may visit "Cookie Settings" to provide a controlled consent.
Cookie SettingsAccept All
Manage consent

This website uses cookies to improve your experience while you navigate through the website. Out of these, the cookies that are categorized as necessary are stored on your browser as they are essential for the working of basic functionalities of the website. We also use third-party cookies that help us analyze and understand how you use this website. These cookies will be stored in your browser only with your consent. You also have the option to opt-out of these cookies. But opting out of some of these cookies may affect your browsing experience.
Necessary Always Enabled
Necessary cookies are absolutely essential for the website to function properly. These cookies ensure basic functionalities and security features of the website, anonymously.
Functional
Functional cookies help to perform certain functionalities like sharing the content of the website on social media platforms, collect feedbacks, and other third-party features.
Performance
Performance cookies are used to understand and analyze the key performance indexes of the website which helps in delivering a better user experience for the visitors.
Analytics
Analytical cookies are used to understand how visitors interact with the website. These cookies help provide information on metrics the number of visitors, bounce rate, traffic source, etc.
Advertisement
Advertisement cookies are used to provide visitors with relevant ads and marketing campaigns. These cookies track visitors across websites and collect information to provide customized ads.
Others
Other uncategorized cookies are those that are being analyzed and have not been classified into a category as yet.
SAVE & ACCEPT